28.09.2022 - Japanese-German Symposium: 100 years after Ogai Mori’s death – The Role of Germany and Japan for the New Infectious Diseases and Environmental Preventive Medicine

Ogai Mori imported the concept of town planning based on public health in the late 19th century from Germany, and Japan enjoys healthy aging society in 21st century. However, COVID-19 revealed that modern society was not prepared for the new infectious diseases. The concept of “One health” is a key to understand the occurrence and preventive measures of upcoming pandemics, and Japan and Germany could contribute for the future pandemics. In the symposium, the history and the future missions of the two countries will be discussed.

The Symposium is provided free of charge. 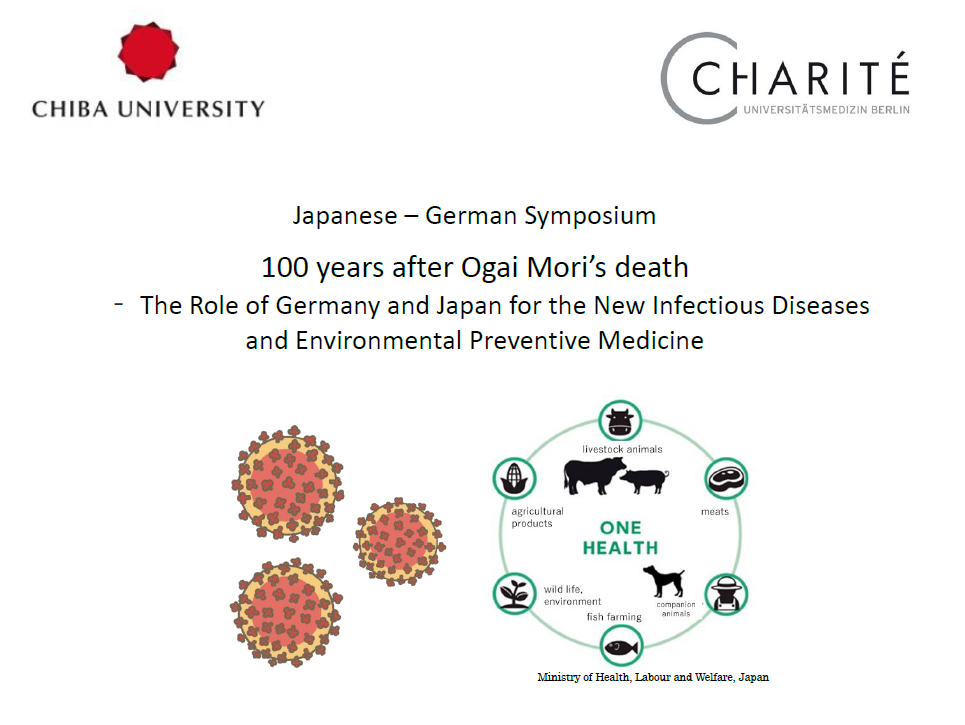 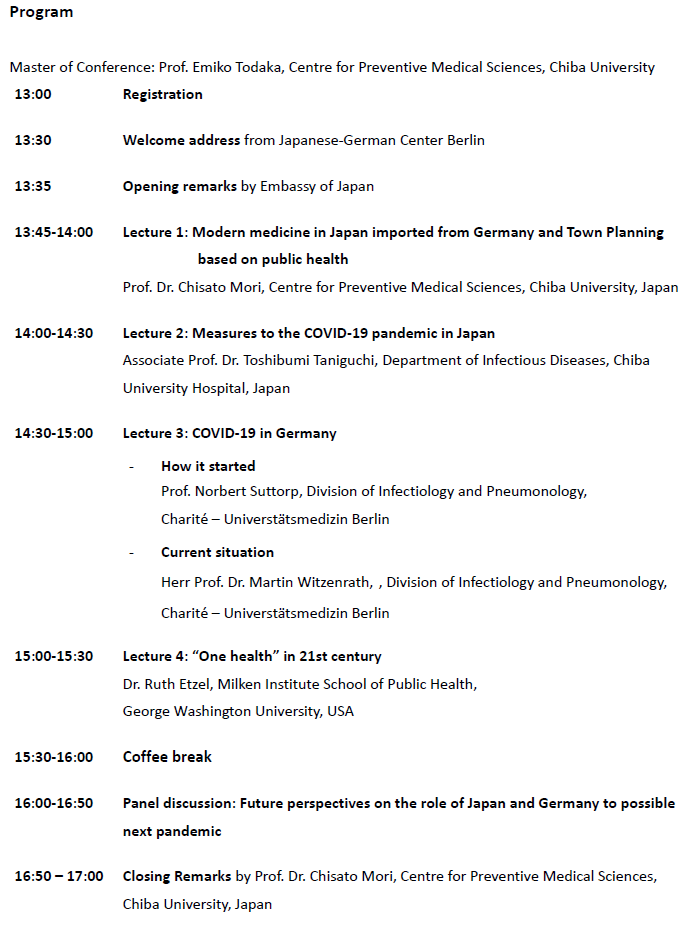