Today I would like to introduce MITANI Nobuhiro to you - a person who simply cannot go unmentioned when it comes to exchanges between young people from Japan and Germany in the capital of Berlin!

On the occasion of the 160th anniversary of Japanese-German diplomatic relation, we or our friends and partners, on the initiative of SEKIKAWA Fujiko (Head of Language Services at JDZB), present in this column people from both countries who have filled or are still filling the partnership relations between our two countries with life. In a joint publication by the Japanese-German Society Tōkyō and the JDZB, "Bridge Builders - Pioneers of Japanese-German Cultural Exchange" (2005, IUDICIUM Verlag), many people who have actively shaped German-Japanese relations have already been honored. This is where this column picks up. In addition to famous personalities, also those who are less in the media-spotlight will be introduced. Stay curious!

In 2012 I moved to Berlin together with my Japanese partner to start a job in project management at the Japanese-German Center Berlin (JDZB). When searching for Japan-related events on the net, I immediately found "Anko-Kai" - a truly "peculiar" place where Japanese and Germans come together. Originally, the focus seems to have been on the exchange between homosexuals, in the meantime "Anko-Kai" stands for a place where "Berlin Japanese" with all kinds of backgrounds and Germans with an interest in exchange with Japanese can come together in many different ways. In the framework of the column "Brückengängerinnen und Brückengänger" I interviewed Mitani Nobuhiro - simply Nobu for short - whom without exaggeration probably EVERY young Japanese person in Berlin knows or should know.

So, who are you and why did you move to Berlin in the first place?
I was born in Kōbe on February 6, 1979, have been living in Berlin since 2006 and work as a restaurant manager, contemporary dancer, illustrator and photographer. In 2010, I met a German man, my current partner - we got married and live together.
Why did I actually come to Germany? Well, when I was still working in a tea store in France, I had a fight with my boss in 2004 and that's when I hurled at him the clear words "Je vais à Berlin alors je démissionne! (I'm quitting because I'm going to Berlin!)" - it was as simple as that.
Since 2010, I have been organizing the "Japanese gay party" called "Anko-Kai". 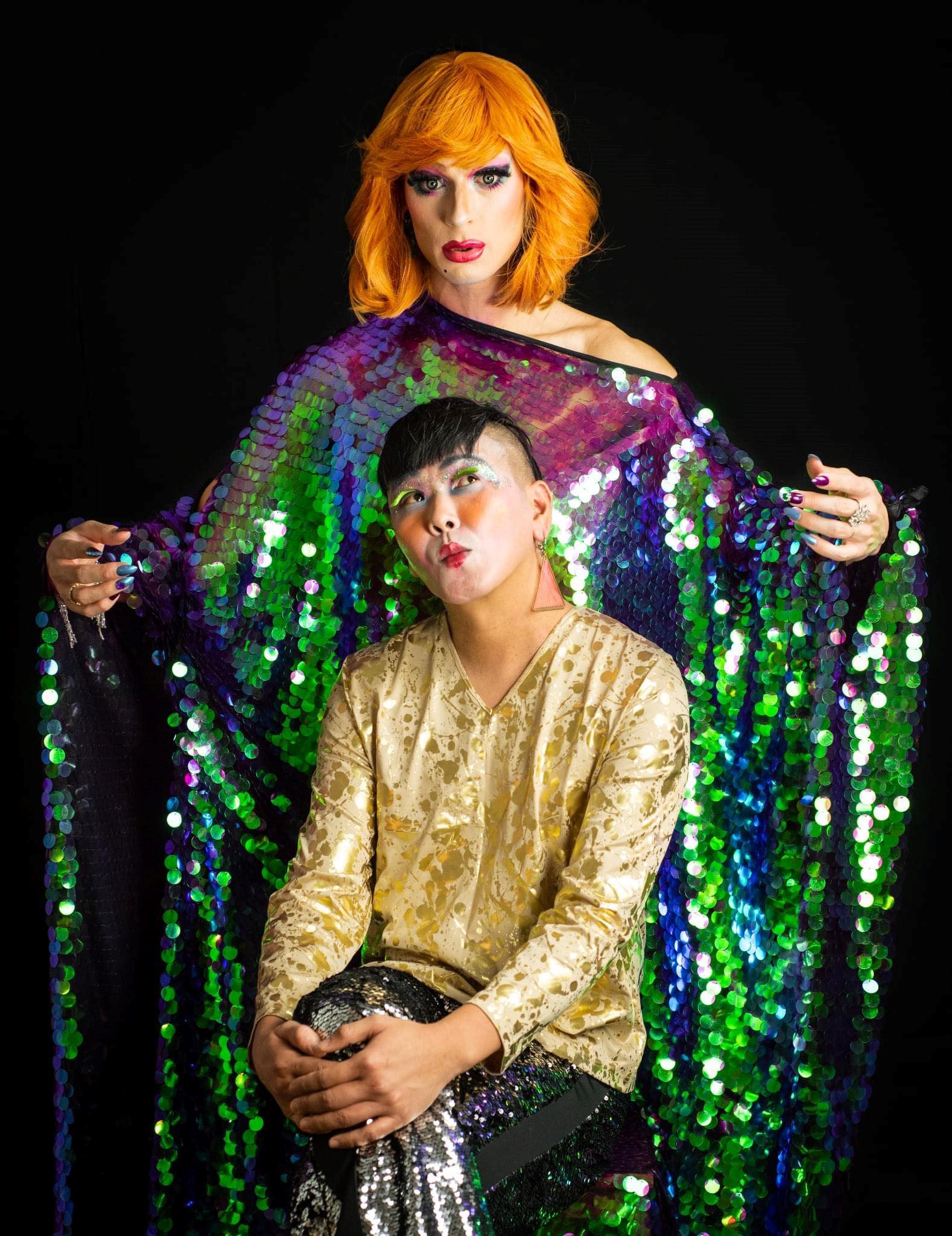 How did it actually come to the foundation of "Anko-Kai"?
It all started because I didn't like how Asians were always thrown together in the Berlin gay scene. Besides that, I didn't have a boyfriend at the time.
People often ask me how the name "Anko-Kai" came about, but it doesn't have any special meaning and just popped into my head. The fact that our party takes place in a Polish club with the somewhat ironic name "Club of Polish Losers" also has a simple reason: a friend of mine happened to give a concert there and I liked the place so much that we got stuck there.* Back then I would never have thought that this would go on for 10 years!
I can't believe that 10 years have already passed. But I'm still happy about every new encounter and every single "happening" - and I won't get tired to keep heating up the mood in the gay and Japanese community in Berlin.
*in the meantime, "Anko-Kai" takes place at "DAS KAPiTAL".

During "Anko-Kai" there also always is a "showtime". What kind of "shows" are we talking about exactly?
"Anko-Kai" takes place once a month and there is always a "showtime" - that can be different "performances", live concerts, fashion shows, karaoke and much more. We even had "pole dancing" once before. Because we have set it up as a "Japanese gay party", there often is a drag show as well. Basically nothing is impossible. It's not easy to come up with new ideas all the time, but through networking, headhunting on the street, or recommendations from guests, something new always comes up. In the worst case, when no one can be found, I just dance myself.
My basic attitude is that I am open to all people. As an openly gay man, I often get asked a lot of questions by guests - I don't mind and I like to answer all questions patiently like a fortune teller on the side of the road. 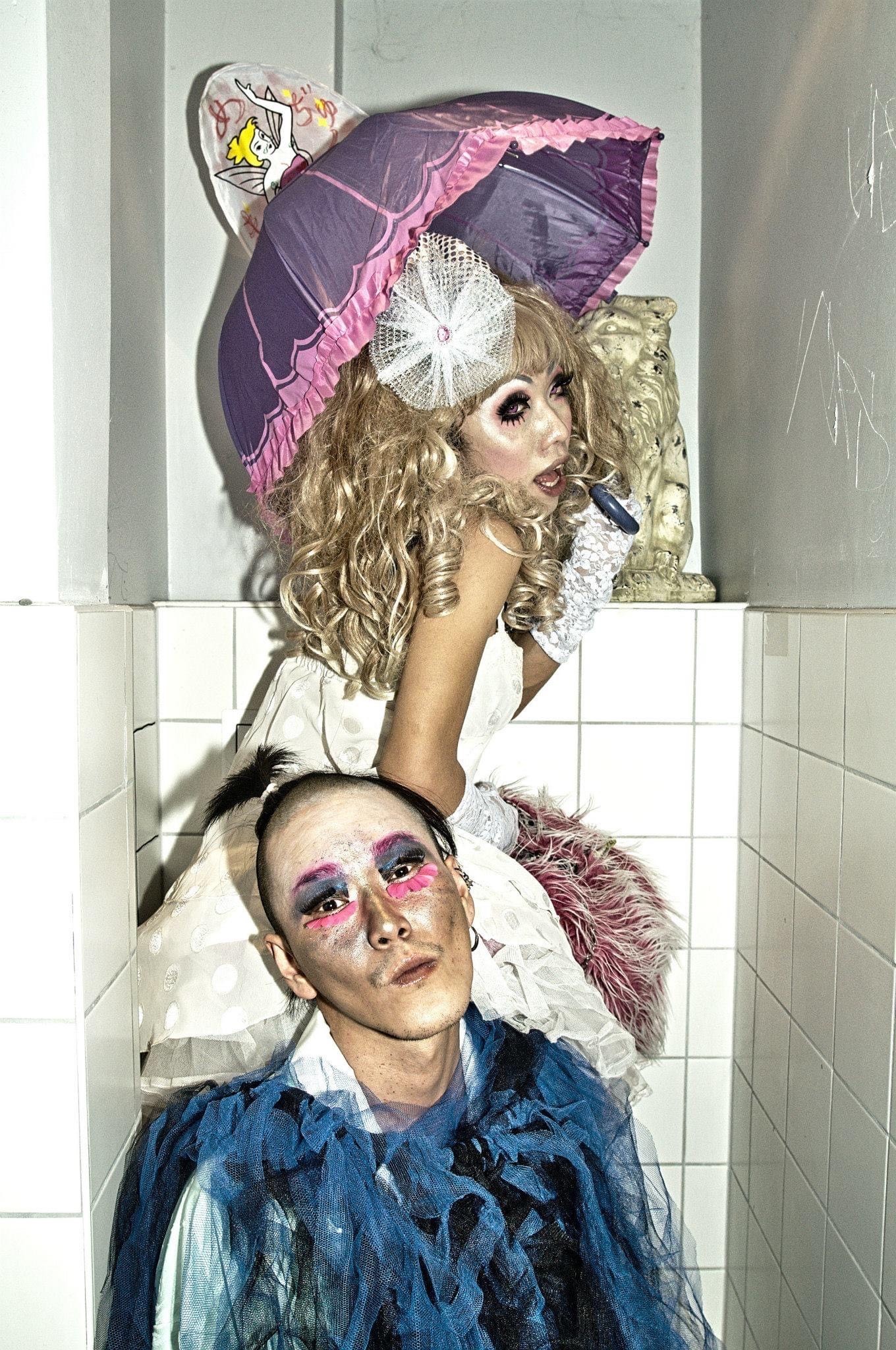 What are your expectations for a fulfilling Japanese-German exchange?
Since my partner is German, I think we will keep on staying in Berlin. Now that I've lived here for such a long time, it would be a shame if I didn't continue to host parties for young Japanese women, Japanese men and Germans like a "wise city elder" and soak up their energy. If I can contribute to the "Berlin lifestyle" in this way, I would be very happy.
Because of the COVID-19 pandemic, there was no "Anko-Kai" for over a year. I am very happy that we can finally fill "Anko-Kai" with life again! I was able to meet so many different people and now there are even guests who come from far away towns just to join to our party. I wish we could break down all barriers between generations, races and genders. And if we could have a similar party in Japan, that would make me even happier.

So that was the short introduction of my friend Nobu and his "Anko-Kai" - did you get a rough idea what it is all about? It's just a very mysterious place that's hard to describe in words. I am really happy that we can "party" together again. If you feel like it, just join us! As the saying goes: seeing once is better than hearing a hundred times!

The interview was conducted by the author in Japanese.
The translation was made by JDZB