Experimental #OpenWeekLab all about the future opening strategy of the JDZB

Recently an #OpenWeekLab took place at the JDZB. With the help of experimental formats, the future of the JDZB was rethought. Secretary General Dr. Julia Münch writes about this extraordinary week.

The JDZB sees itself as a "hub" for entrepreneurs, politicians, scientists, media representatives and others who are involved in shaping the Japanese-German partnership. The core of our strategic orientation is therefore the increased opening of our beautiful building in Berlin-Dahlem as a place of encounter and exchange. We cordially invite you to actively participate in shaping the future of the Center and thus the future of the Japanese-German partnership! 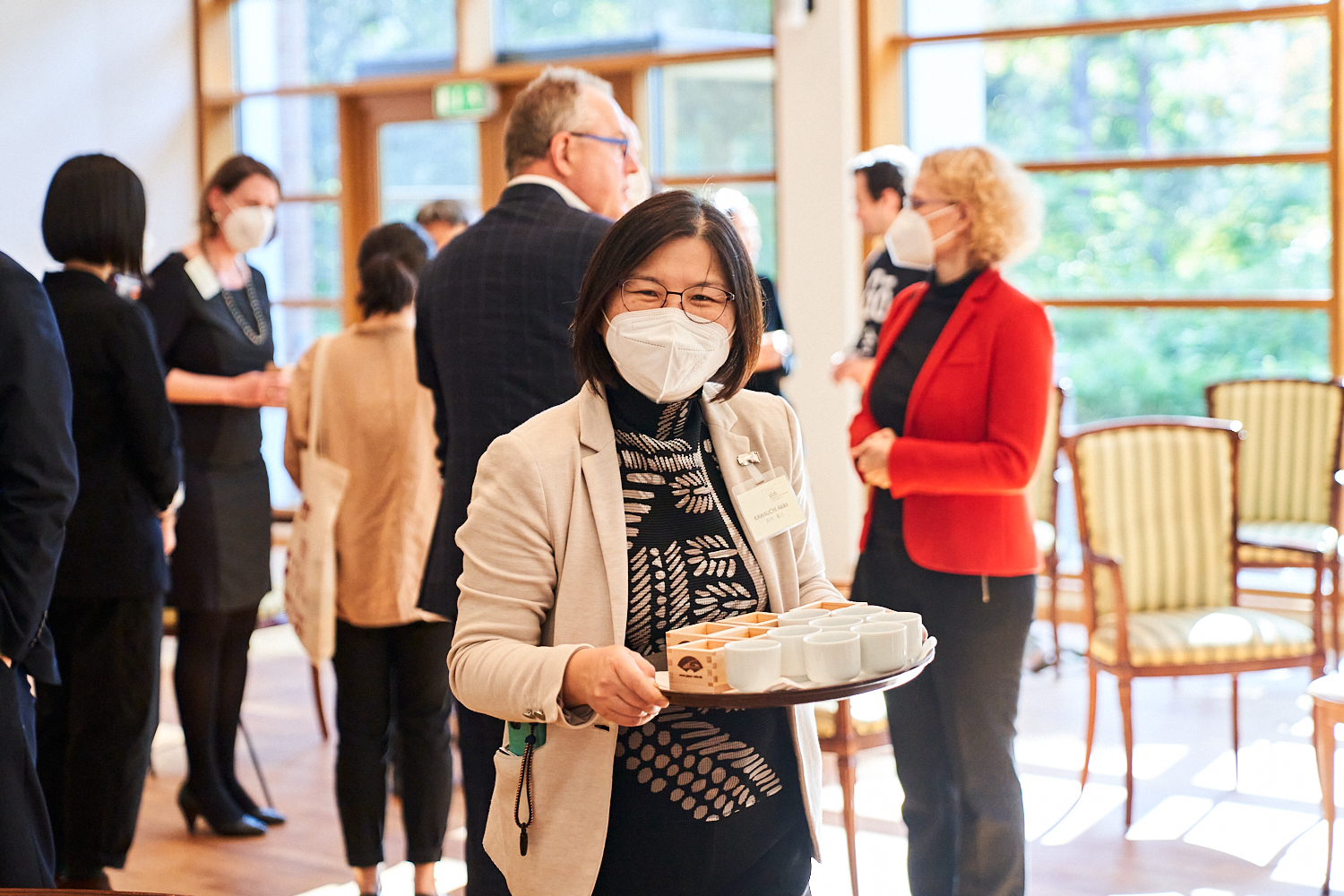 Now that it is possible again under certain conditions (3G), in the first week of October, we took the opportunity to experiment at JDZB as part of an #OpenWeekLab. The first highlight was the opening of the Sake Week Berlin at our premises. Other events included a sushi cooking class for participants in the Young Leaders Programme, an international Spoken Word Night with young Berlin authors, a pretotyping event for future Networking Salons and an internal networking event ("Bring a bottle and a friend"). 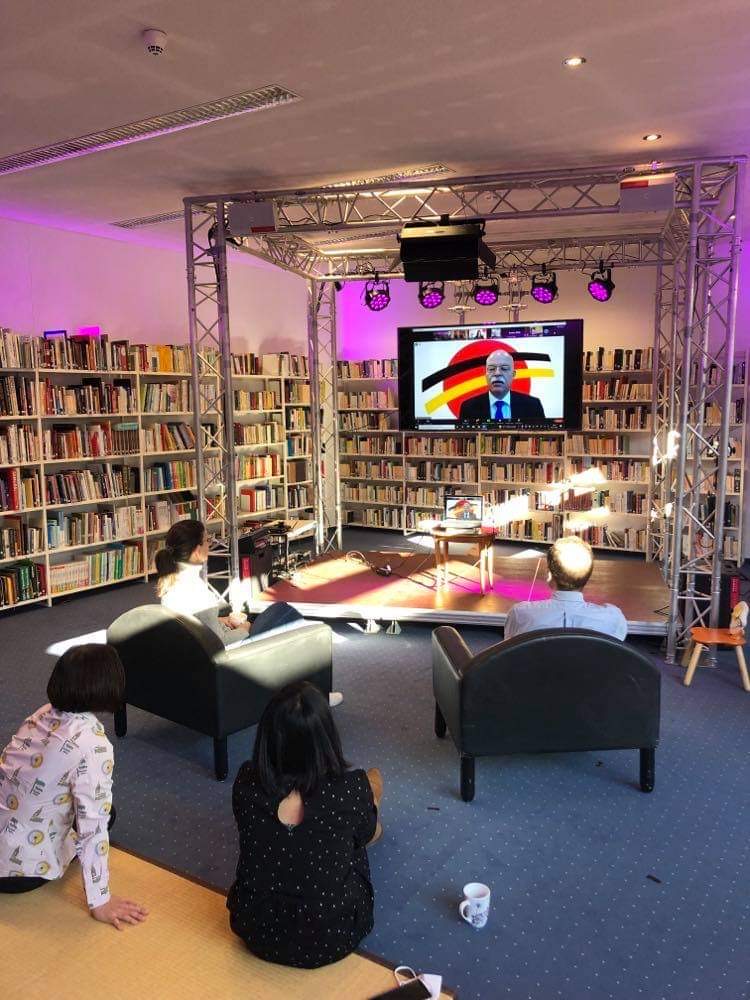 We broadcast the symposium of the German-Japanese Business Circle as well as the hybrid Japan-related start-up event as part of the AsiaBerlin Summit and used our cafeteria as a co-operating space. Keiko company kindly provided us with a fully automatic tea machine for the week, so we were able to enjoy specialities such as hōjicha and matcha latte. Go-Sake and Ueno Gourmet also provided us with some sake for our events. 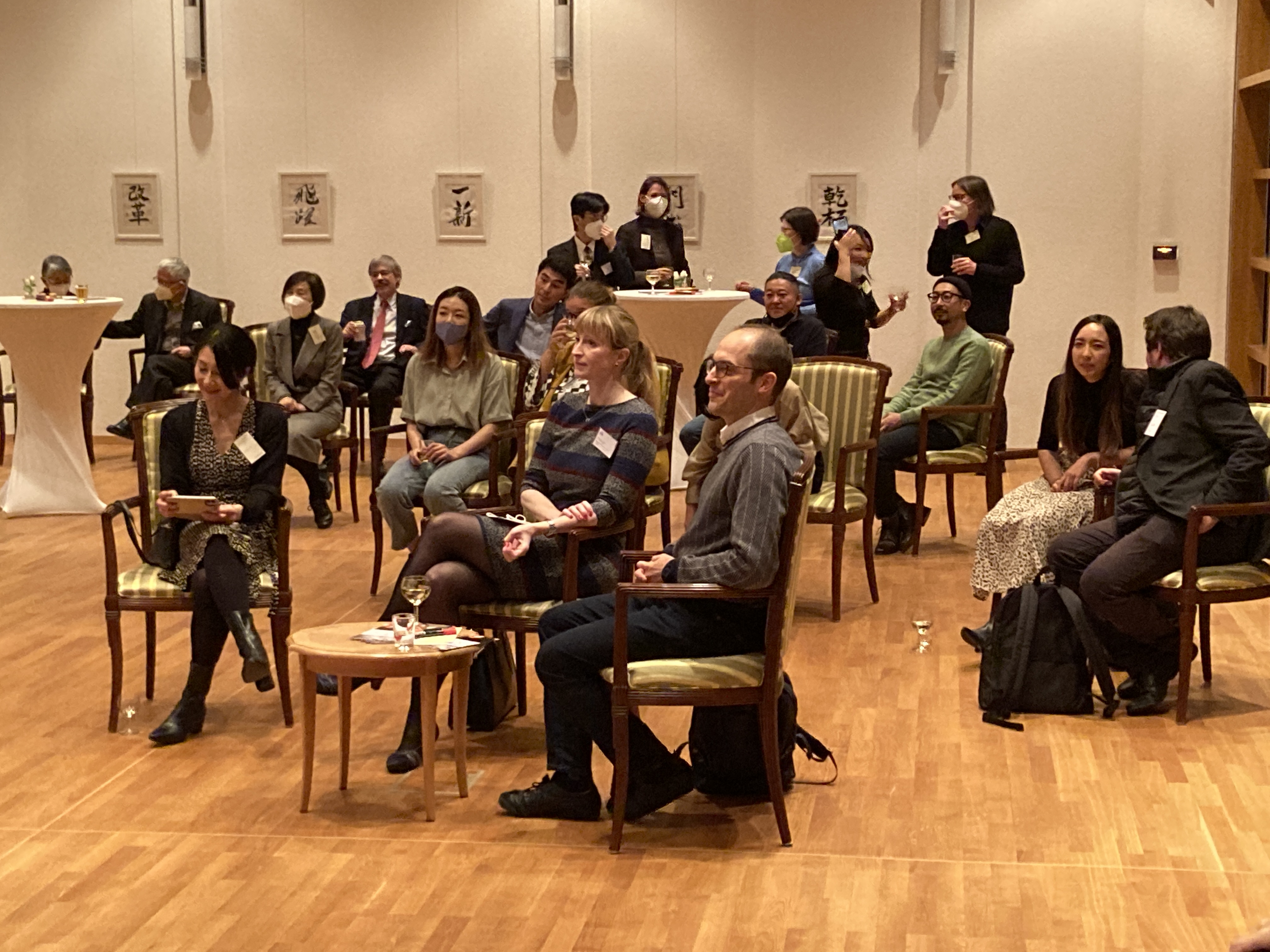 The #OpenWeekLab was closed with a matinee, during which a cooperation with our new premium partner Mitsubishi Electric was announced: Its German branch opened a representative office in the capital, located within the JDZB and symbolically named cooperation office. In addition, the company is visibly investing in the future of the centre as part of its corporate citizenship. Synergies are expected from both sides. 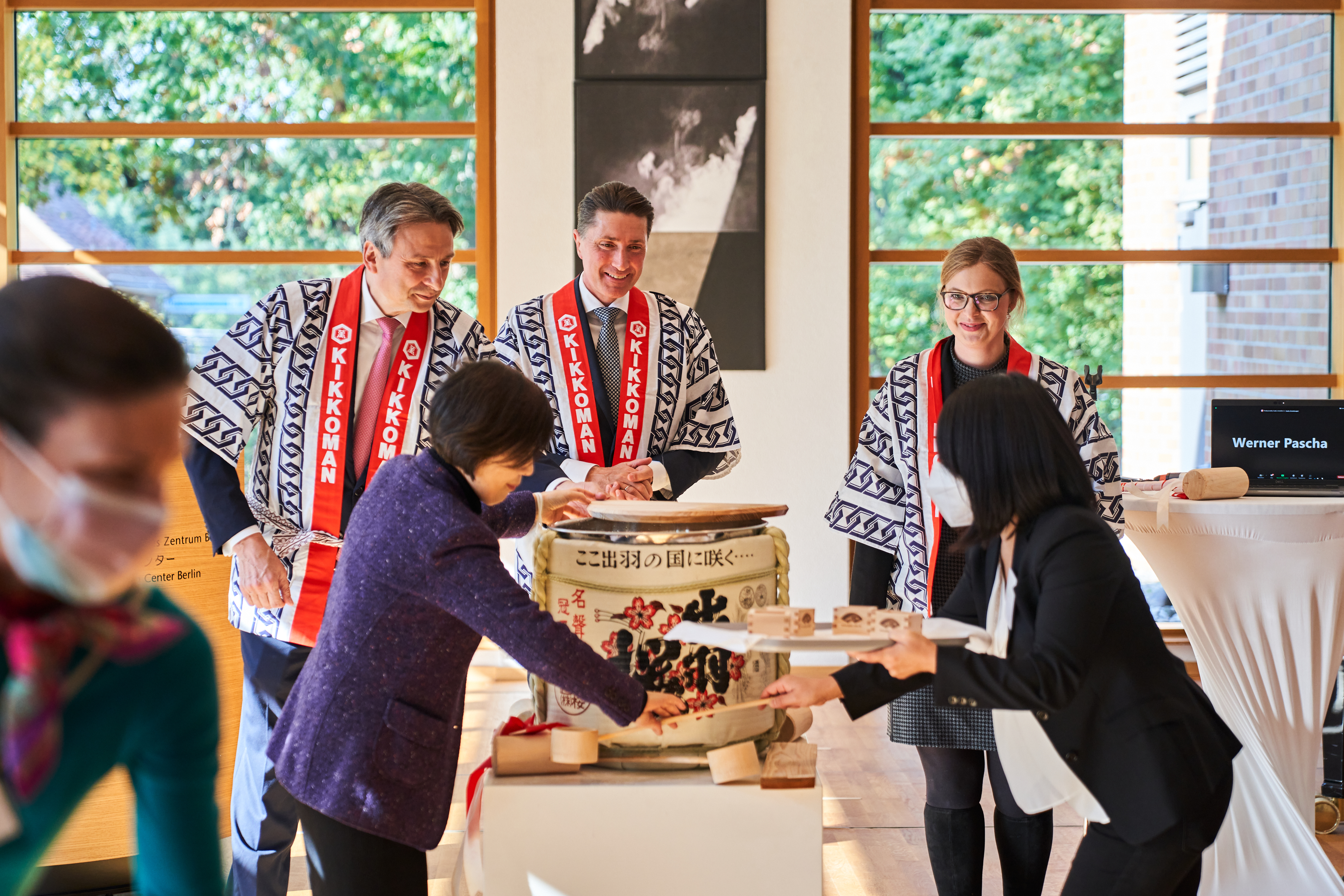 The Metzler Bank could be gained as a sponsor for a new stage, which will be made use of in our library 2.0 for various new exchange formats such as readings, karaoke, films and streaming of events. 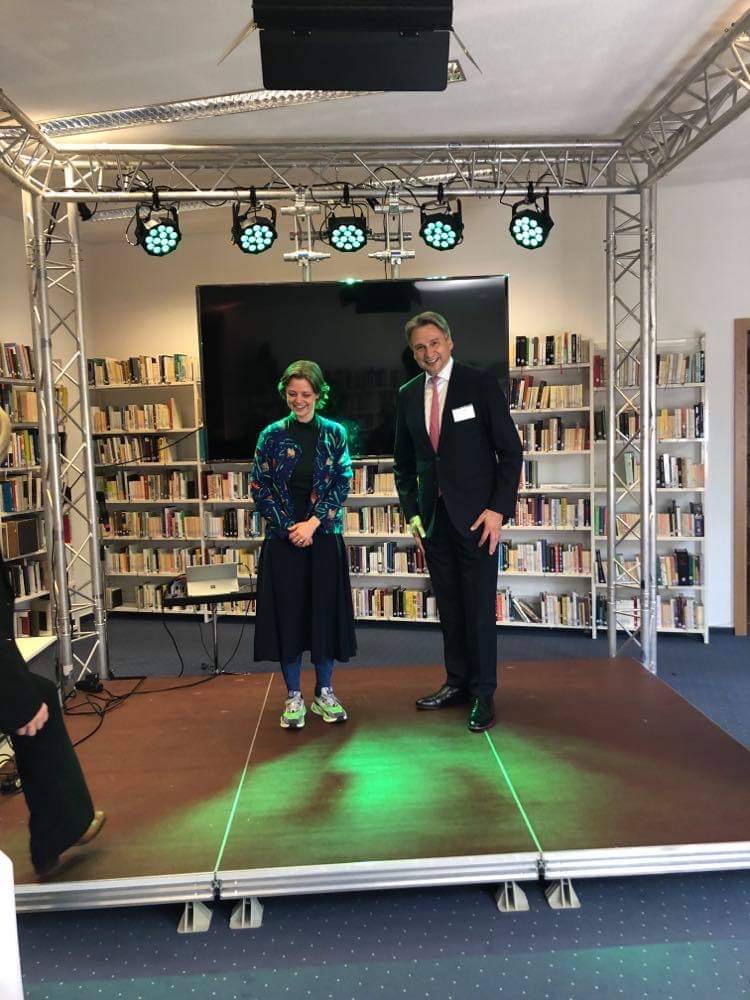 In the course of the week, further cooperations were initiated, new contacts were made, e.g. with Japanese representatives of the regional economy (crafts, start-ups and big players), and exciting ideas were developed. For example, we are considereing to open our house regularly outside the usual times (e.g. once a month in the evening as part of an #OpenMonday and additional informal, possibly hybrid networking salons "+1").

With the #OpenWeekLab, we deliberately presented ourselves and our vision to a select group of people at a time when our concept is still far from "thought through to the end". Our aim was to gather feedback at an early stage of planning and to enter into dialogue with (potential) partners in order to better understand expectations and needs, to recognise potential and to explore possibilities for cooperation. 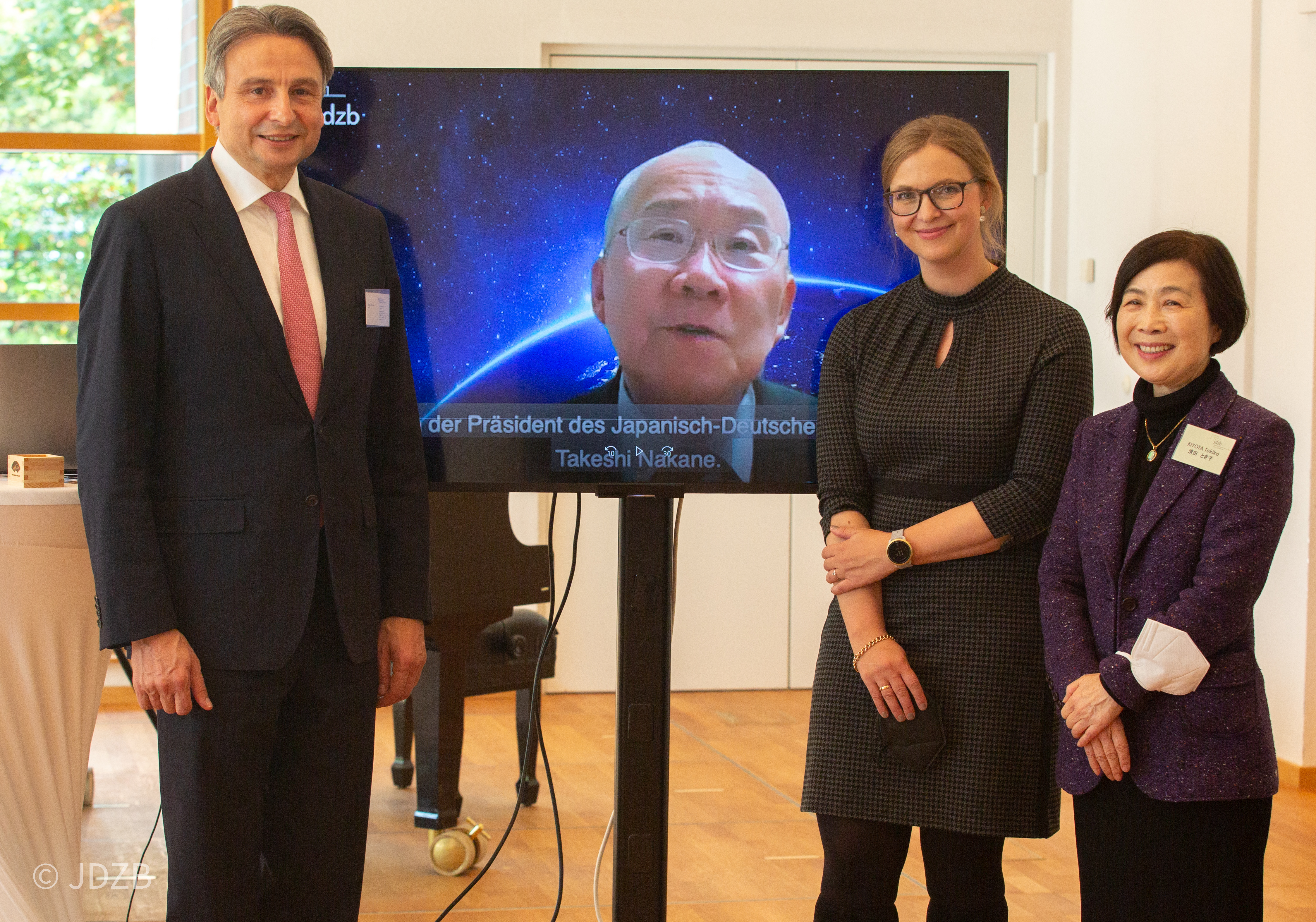 Personally, I really enjoyed the intensive days at JDZB because I found it wonderful to be with people again after the long period of "social abstinence" due to the pandemic. It has been a long time since I have been able to experience so much concentrated positive energy, optimism, will to cooperate and encouragement. The discussions always focused on the idea of cooperation and the question of how we can jointly develop and expand Japanese-German relations. There was also an overwhelming "team spirit" among the participants from JDZB. Together we "rolled up our sleeves" and in this way managed to courageously move out of our comfort zone ("where the magic happens"). 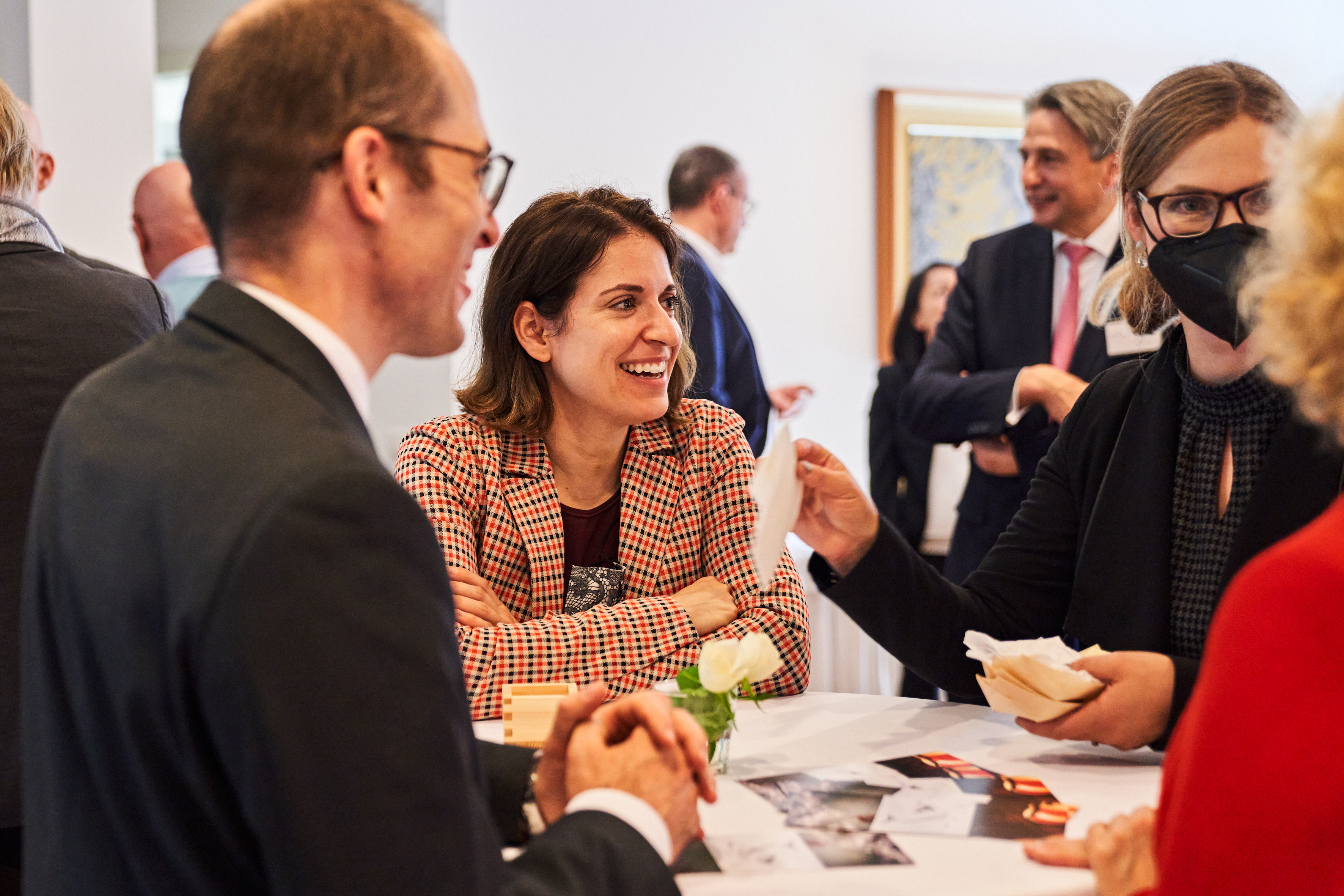 I would like to sincerely thank all supporters, encouragers and friends of the JDZB and I am looking forward to further developments! 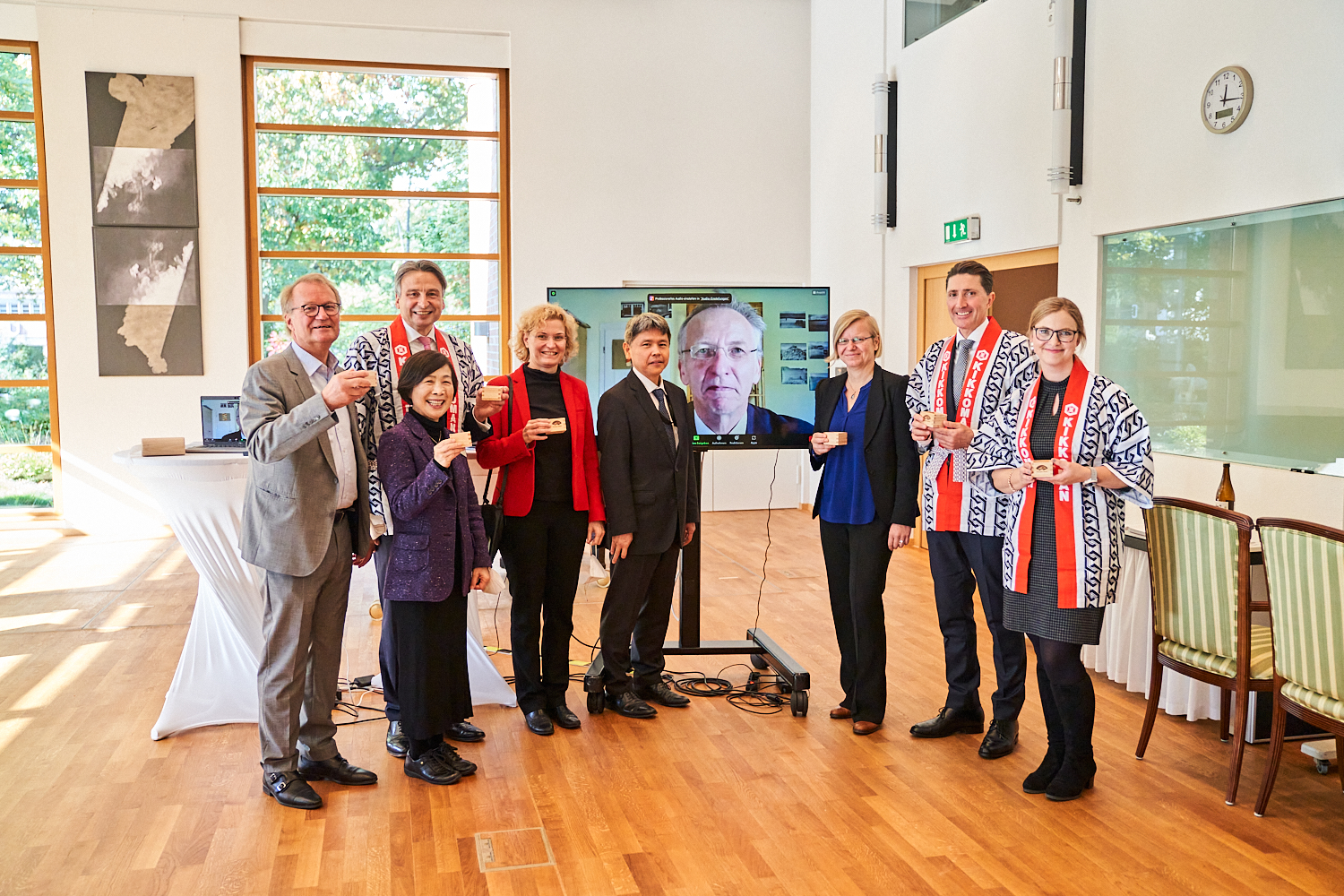