Mr. KIMURA was Ambassador of Japan to the German Democratic Republic (GDR) from 1985, then Ambassador to the Federal Republic of Germany (FRG) from 1989, and finally Ambassador to reunified Germany from 1990 to 1993. He was always committed to Japanese-German diplomatic relations, particularly in turbulent times. In 1992, he was awarded the Grand Cross of Merit by the German government for his diplomatic achievements between Germany and Japan.
As President of the Japanese-German Center Berlin, he inaugurated our new location in Berlin-Dahlem in 1998 and contributed significantly to its development. He was also Vice President of the Federation of Japanese-German Societies (VJDG) and Vice President of the Japanese-German Society of Tōkyō. We fondly remember singing German folk songs with him together.
Our thoughts and prayers are with Mr. KIMURA and his family. 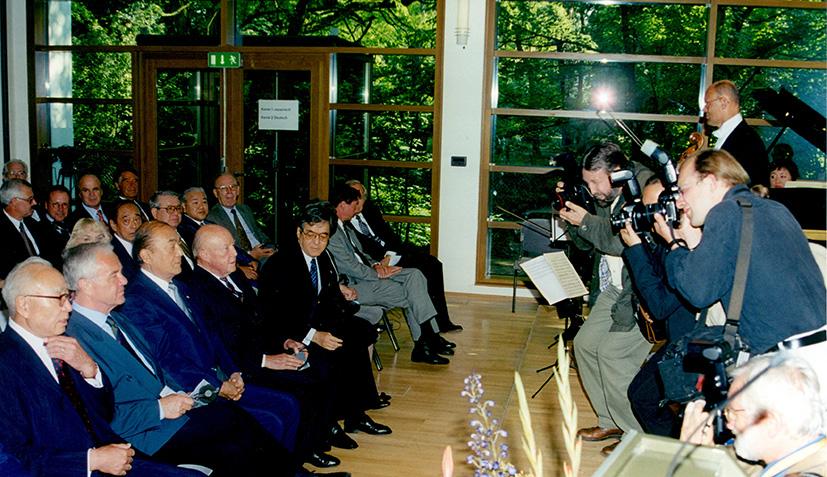